The Skadar Lake is fed by the Moraca River and underground sources. Its surface is changing with the seasons: from 370km2 in summer to 530 km2 in winter. Its size is on average: 44 km long and 10 km wide and 8 m deep, although its deepest point is a source in Radus, with its depth of more than 60m (below sea level). The Skadar Lake is a resting and breeding area for migratory birds from northern Europe. They overwinter at the lake or use it in spring on their trip as a resting place. The Skadar Lake is a natural wonder that is still waiting for you to discover it. It is one big sweet water sea that is extending between Montenegro and Albania and surrounded by dramatic karst mountains and wetlands. Home to countless species of animals (e.g. more than 260 species of birds), traditiona fishing villages, pristine beaches. In summer water lilies cover the Skadar Lake. In winter, when the lake grows around 100 km2, are joining pike, perch, trout, carp and about 50 000 birds wintering here. In Skadar Lake lives more than 30 species of fish, for example, trout, saran and the local specialty krap. They all can be fished daily, purchased, prepared and eaten.

The Lovćen is a nationalpark located in the southwest of Montenegro between Kotor, Cetinje and Budva. It impresses not only by its spectacular mountain scenery, but also provides a cultural and historical monument with a stunning panoramic view. 461 steps lead from the car park to the highest grave temple in the world of the famous poet-prince Petar II Petrović Njegoš. He gave the surname “Njegoš” to himself. The highest peak of the National Park is Štirovnik and it reaches a height of 1,749 meters. From this “black mountain” Montenegro got its name.

Kotor attracts the most visitors in Montenegro with its unique beauty and historical buildings. The 4.5-km long wall that reaches up to 20 meters in height, the winding streets, churches and palaces played their part in ensuring that Kotor could be declared for the Unesco World Heritage List. Kotor is surrounded on three sides by water, the Bay of Kotor and up to 2000 meters high mountains of Orjen and Lovćen. The compact old town, which is located within the city that consist of winding streets and buildings that were built between the century. If you want to go on a walk the fortress of San Giovanni is highly recommended. You must have a nice and detailed plan, because there is about 2 hours of walking and this nice exercise has many, many steps. From the St. Marie’s church the path is signposted.

The northwest end of Lake Skadar enters into the sinuous lines of the Rijeka Crnojevića ( Crnojević River ) and ends near the pretty village of the same name. The tour along the lake and river offers unforgettable views. Main feature of the village is the photogenic stone arch bridge, built by Prince Danilo in 1853 Unexpectedly, you here you will find one of the best restaurants in Montenegro, the “Stari Most”. Fish, especially eel, trout and krap is the specialty of the house. During the season, boat trips on the river are available. The place is also the starting point of a two hour hike. 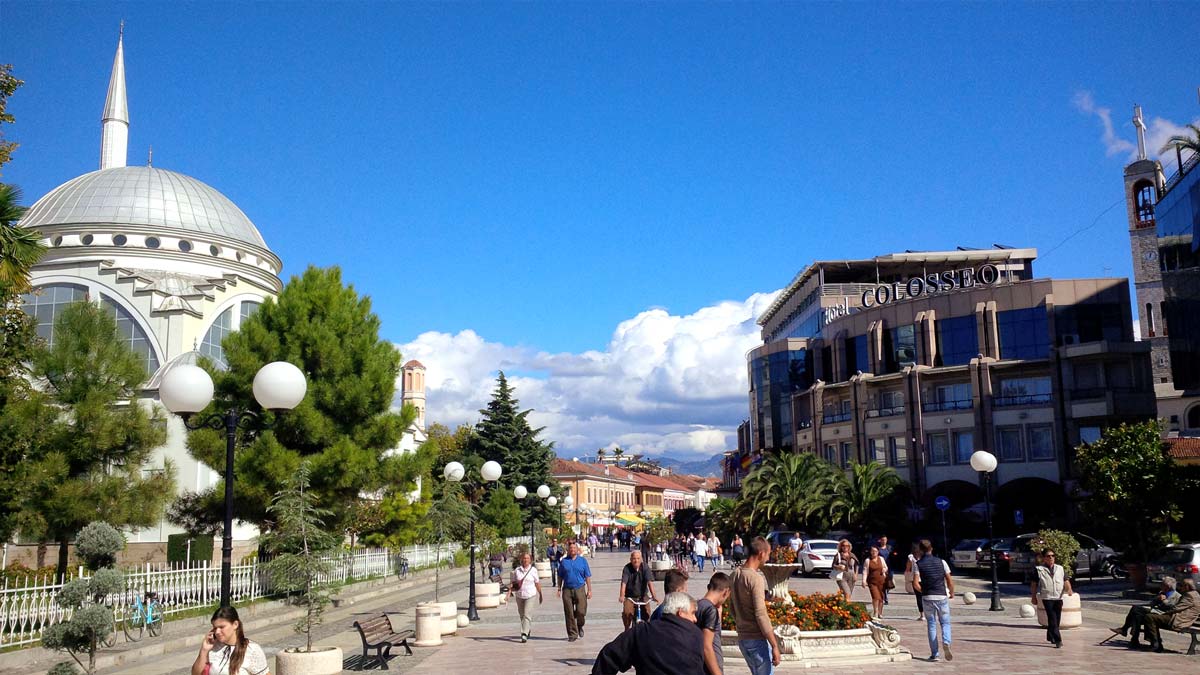 Shkodra, a 4000 year old city in northern Albania, was for a long time the largest city in the country with a turbulent history: Romans, Serbs, Venetians, Turks and Austrians determined their fate. Lately the city fell for a while into a slumber. Today, the city is not only a springboard for inquiries in the northern Albanian mountains but again dressed and well worth a visit. Compared to other cities, the people og Shkodra live a quiet life. The quiet life without too many hectic makes – besides the numerous historical sites – just the thrill of visiting Shkodra.

Dubrovnik lies on the southernmost tip of the Adriatic coast of Croatia, and Dubrovnik is only 180 km away from Ulcinj. This medieval town with its historic center is certainly the world’s most popular destination in Croatia and one of the most famous cities on the the Mediterranean. Dubrovnik has a harbor, several museums, a university, and is also the capital of the Dubrovnik – Neretva region. The population is approximately 44,000. The inclusion in 1979 in the list of World Heritage by UNESCO emphasizes its uniqueness and makes it a must-see for any traveler interested in culture. The historical city walls were built in the 13th and 16th century, and the fortress tower Bokra has become a world-famous symbol of Dubrovnik.

The Durmitor mountain is a national park and is a part of the ecological ecological Unesco World Heritage. It consists of about 50 peaks over 2000 meters, nearly 20 lakes, the Tara Canyon and several hundred springs can be found here. The Durmitor mountains were declared for a national park in 1978 and this national park has over 40.000 acres and it offers everything that makes the hearts of all nature lovers tick: deep canyons, high mountains , glacial lakes and an almost inexhaustible flora and fauna. In Durmitor National Park are situated 60 km of signposted trails for hiking, where the famous Crno jezero is always a good choice for a nice hike.

This gorge is the largest canyon in Europe and worldwide is in second place just after the Grand Canyon. It belongs to the Unesco World Heritage Site and that has certainly helped to ensure that the Durmitor mountains have been declared as a national park, which it is a part of. The Tara River has a total length of about 140 kilometers and forms over a length of 80 kilometers the stunning canyon of Tara. The canyon was formed by the flushing of the limestone by the river water. The Tara Bridge is one of the few ways of watching Tara flow through the gorge. Otherwise, the embankments are very inadequate and therefore no other roads along the Tara are possible. The rafting on the Tara is probably one of the most exciting excursions that are available in Montenegro. Rafting is offered both on inflatable boats, as well as on a raft in the past and on a kayak. Also rafting is not feasible during all seasons. In summer, the water level is low and the flow of Tara is just enough to offer rafting trips on certain routes of Tara. The rafting on the Tara are safe, as for inflatable boats, as well as for rafts.

The Biogradska Gora National Park is in the east of Montenegro and covers an area of almost 60 km2 and boasts a diverse wildlife and spectacular scenic highlights. Its landscape is of ancient forests, rushing mountain streams, marked up to 2,000 meters high mountains, alpine meadows and ice-cold glacial lakes. The Biogradska Gora National Park is located in the heart of the Montenegrin Bjelascia mountains, and contains an incredible diversity one of the last real primeval forests of Europe.